Abortion is A Human Right

Abortion is considered a social taboo and is an illegal subject in Myanmar. A significant portion of Myanmar’s population is strongly against abortion. The goal of the campaign is to start a much-needed conversation about abortions in Myanmar. PFG ran the campaign in collaboration with HowToUseAbortionPill which is an online community run by dedicated individuals who believe that all womxn, regardless of where they live, should have
access to a safe abortion option.

Despite being a sensitive topic, PFG believes that safe abortion should be accessible to everyone that needs it. That is the main drive that motivates the team to run such a challenging campaign in Myanmar. There are two parts to this collaboration. One is audio productions and two are video productions. For the audio productions, there was one episode in the Myanmar language where two medical experts and one medical student talks about challenges around abortions, and at the last part of the episode, there were some opinions notes from the listeners. For the English episode, PFG featured HTU to share about their experiences and challenges
working with the global community. The video production contained public opinions of 12 young people from different age groups and backgrounds who volunteer to share their perspectives on the criminalization of abortion in Myanmar. Later on, the interview was shared through Purple Feminists Group’s digital channels where we witnessed engagement from the audiences from in and outside Myanmar. The messages such as “Safe abortion should be accessible to everybody”, “Abortion should be legal in Myanmar” and “Abortion is Human Right”, are informed to the people of Myanmar through the campaign. 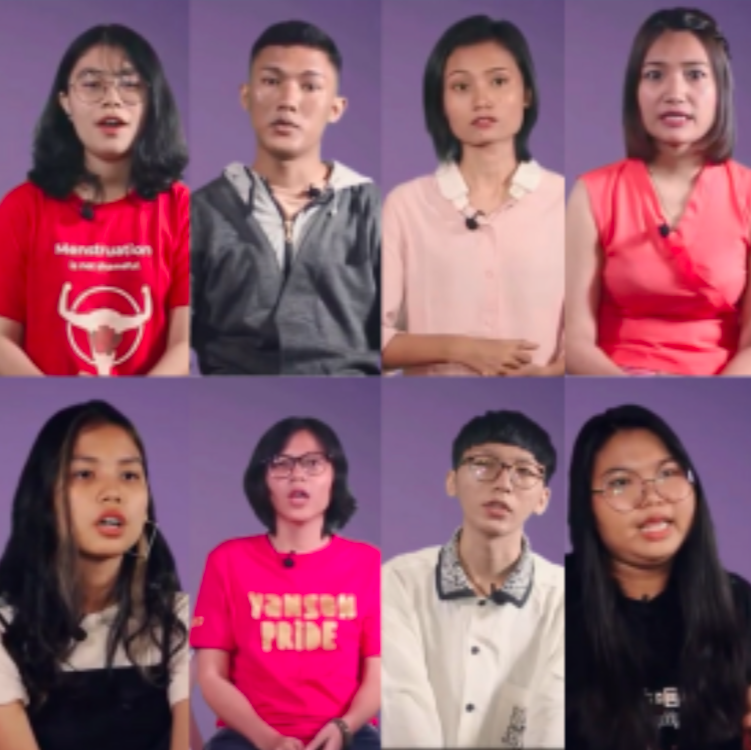